July 14; Looking down on Tokyo, literally.

Day 7
In the one extra day in Tokyo, we went to the 45th floor of the Tokyo metropolitan building to admire the city from a 360 observatory deck.

There was a gift shop selling some interesting things:

We continued our Tokyo tour with a trip to Shinjuku. Once we passed by the uber tempting shopping areas, we found a nice udon place for dinner.

Ja mata Tokyo, see you in a week.

Japanese food has got to be one of my favourite cuisines. Japanese cuisine, as most people know it, is sushi. There's so much more as you've seen or you will see in previous and future posts and I consider myself extraordinarily lucky to be able to eat Japanese food in Japan.
Today we left early to visit Japan's famous fish market and a very touristy site, Tsukiji. It's a working market, kind of like a seafood warehouse. Because it's so popular with the tourists, many area are closed off so people can actually work. In the early morning, around 6am, people can bid for tuna at the tuna auction. Tuna is a really big thing, literally its huge and figuratively (one sold for 1.6 million yen = ~ $16800 CND). It was comparable to my fish market experience in Korea, but I have to say my experience at the Korean market was livelier. I think we arrived when the market was about to wrapping up the day.

The Tsukiji market is one of the worlds most famous fish markets so really, I couldn't think of a better place to have fresh seafood.  We found a nice sushi bar where the waitress surprisingly started to speak to me in Mandarin. Ha, didn't think I'd be speaking that for a while.

Before coming I was told I could not afford sushi, so I was prepared to splurge on one proper sushi meal. The fresh sushi set was for 2000 yen. Not bad at all and better than anything I could find in Toronto!

We went to Akihabara to be nerdy/explore Japanese pop culture ie. anime and gaming. Akihabara is the electronics hub and the place to be if you like anime, gaming, cosplay and Japanese maids. It was store after store of things in the otaku realm. Akihabara, definitely an otaku's heaven. Otaku: a person with great interests in anime and manga.

We went into a few arcades, but there was one arcade that particularly stood out. There was this dude playing DDR and he totally took the game to a whole new level. He was dancing with his feet and hands, and the strange thing was it actually looked like dancing. Looked something sorta like this:

Cosplay: dressing up as a character is huge in Japanese pop culture. After looking at windows after windows of costumes, I couldn't resist from trying one on.

I opted with the simple school girl uniform. I actually always really wanted one, but didn't see the practicality of it...
We got out of the pop culture to the more traditional area of Tokyo called Ueno. Ueno is one the beginning areas in Japan to create Japanese culture. There we stumbled upon the Ueno market and more stores full of goodies (I hate how there's not much space in my backpackers bag).

6 pieces of takoyaki and seasoned to my liking - 280 Yen
Takoyaki is a Japanese snack made of flour batter with small pieces of octopus inside. Here, it's topped with the takoyaki sauce, bonito (type of fish) flakes, aonori (green laver/seaweed) flakes, and mayo on the side. Oishii: delicious.

The lady sitting beside us started to talk to us. First I was talking to her in my limited Japanese and then somehow it was switched to Mandarin - twice in one day! Well, I was able to have a proper conversation with her in my mash up of Japanese and Mandarin. Only abroad can I have experiences like this.

There were two dilemmas today:
- not having luggage space for fun stuff - but I guess that means more money in food.
- not getting tickets for Kyoto for tonight - but that means one extra day in Tokyo.


so maybe there were no real flaws. Oh Tokyo, you're wonderful.

Day 5
Landmarks that come to mind when you think of Japan: Mt.Fuji.
Hiking around the base of Mt.Fuji would have been ideal but with time constraints, we figured it would be best to save it for another time and instead we went to an onsen to enjoy the view of Fujisan instead.
According to the kind Japanese lady who saved us from the pouring rain, onsens, traditional Japanese hot springs, are a significant part in Japanese culture and Japanese people love them.

We left for Yamanakako Lake (one of the five great lakes in the Mt.Fuji area) in the morning.
A 2 hour trip ended up being 3 and a half after confusion about bus stops. The driver was really nice and reserved seats for us on another bus with no charge. When we got off the bus, which kind of dropped us in the middle of nowhere - a nowhere that so unusually windy and cold, we began looking for the onsen.
The onsen was supposed to be a 15 minute walk from the bus stop. It was really windy and then it began to rain so that so called 15 minutes felt like much longer. As we were storming through the weather determined to jump into a spring of hotness, a concerned Japanese women stopped her car and asked where we were going and offered us a ride. After a second of hesitation we accepted this kind woman's offer. She dropped us off at the gate. She was way to sweet.
The public baths and nakedness factor were oh so familiar as it was the Japanese equivalent to the Korean jimjilbang. We sat in the comfortably hot waters jumping from tub to tub for just under three hours. The outside stone bathes were my favourite. Since I couldn't take pictures (obviously) I’ll try to reinvent what it looked like: Imagine sitting in an outdoor Jacuzzi on a crazy windy and rainy day with a roof over your head with a view of plants and sky. On a clearer day, Mt.Fuji can be seen. After lazying around and feeling super clean, refreshed, and relaxed we braced ourselves for the uncalming weather outside.

As we did not to miss out only bus home we walked back to the area beside the bus stop and found shelter and food from the rainy cold weather. On our way to 7/11 a man stopped his car and asked if we needed a ride. After politely declining he left us with an umbrella. We did catch the bus and found our way back to Tokyo.

Oh Japan, you and your kind hearted people <3
No comments:
Email ThisBlogThis!Share to TwitterShare to FacebookShare to Pinterest
#HASHTAG: #bucketlist, #culture, #touristystuff, #transportation

July 11; a day with miyazaki

I have had a great fascination with Japan since early childhood. It started with an early exposure to animes like Sailor Moon and then gaming with Pokemon. Miyazaki movies definitely had its impact on me too. Today, I was lucky enough to visit the Studio Ghibli Museum in Mikata, a cute little suburban town in Tokyo. I could have died of happiness when we arrived there.
The tickets were timed and we had more than an hour to spare. We wandered around the cute little town for a bit to find some wonderful things. In one store, there was an assortment of items from kitchen ware to cosmetics. Thought: when I get a house, I will buy my furnishings from Japan. We went into Japan's version of (the now bankrupt) Blockbusters.

With the purchase of a ticket, we were not only granted admission to the musuem, but also we were given a ticket to watch a short film in the Saturn theater at the museum and also a little piece of film as a keepsake
(I got 3 frames from Spirited Away). 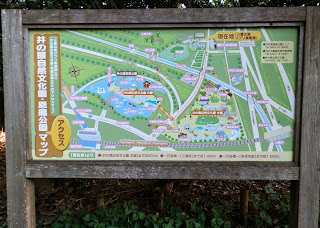 All the films that play in the Saturn Theatre are museum exclusives.  The short film that was showing for that day was called "The Day I Harvested a Star." Although it was a short, it did not lack the elements of a good Miyazaki movie. The mix of fantasy with a hint of steam punk is always a win with me.

Unfortunately, you could not take pictures in the museum so you'll just have to go there to see it for yourself. For a very brief rundown of what to expect, there were three floors of amazingness and even the washrooms were lovely! There was a special exhibit from someone outside of the Ghibli family, the Saturn theatre, real work from miyazaki, his inspiration, models, a gift shop, and a cute outdoor restaurant. An afternoon of awing made me hungry for some wacky Japanese snack. I chose the takoyaki flavoured chips for some adventure. Note: takoyaki is octopus balls but these chips were just seasoned with takoyaki seasoning.

I returned back to the dorm with dinner: and a new umbrella Ella Ella eh eh eh (finally got an umbrella from Japan).
Ah.  I hope this honeymoon stage never ends.
No comments:
Email ThisBlogThis!Share to TwitterShare to FacebookShare to Pinterest
#HASHTAG: #bestdayever, #bucketlist, #culture, #touristystuff, #wtfstuff
Newer Posts Older Posts Home
Subscribe to: Posts (Atom)