July 6; lifestyle of the rich and famous


Kowloon (connected to the mainland) and Hong Kong Island are conveniently connected and made easily accessible by the amazing subway system and ferry.  We took the subway to Hong Kong Island today where we first, we found lunch at a local authentic Chinese restaurant. Hong Kong people are always on the go and the restaurant we went to reflected this type of fast pace lifestyle. People were crammed into tables, ordered food quickly, scoffed down their meal, and then moved on right after.

After lunch we explored Central, the business area. 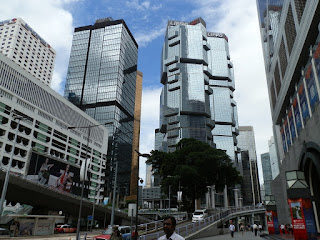 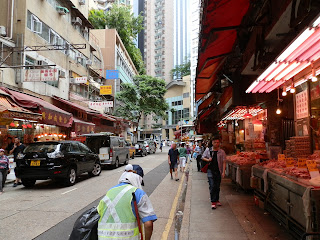 We walked and walked and ended up a few subway stops down in Causeway Bay, another major shopping center in Hong Kong. Here, the streets are filled with designer stores and pedestrians stirring about. Shopping seems to be a favourite past time for some Hong Kongers.
Fact: To make space for new stores, movie theatres get changed into designer stores.

We met up with Kristie's friend's uncle whom we met at a cool bar area called Lan Kwai Fong.
There was some sort of business event going on that we were kindly invited too. Despite feeling young, under dressed and nonfinancial-ly (it was a business-y social gathering), Uncle D was great company/so funny, and welcoming. He treated us to drinks and dinner then took us on a tour of the area. Apparently the area was founded and developed by a Canadian so most of the bars and restaurants were once or still are owned by Canadians! Pretty cool. The area used to have a garbage dump as well... It sure has come a long way. As Uncle D was giving us the tour, he got waved at and called into a few bars. We went to Muse (where I actually wanted to go to since my app recommended it) when one of the people called him in,  then we made our way to dragon-I. Dragon-i was the it place for Hollywood stars, models and professional athletes to hangout during their off time. Apparently, when Ronaldo (soccer star) was there last, he was in the VIP room receiving a few unholy favours.
Ya, definitely exclusive. 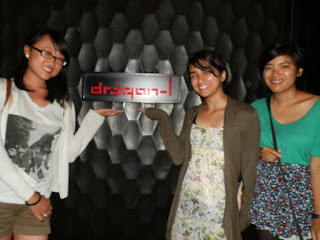 This was definitely a taste of the good life. Definitely one of my favourite areas in Hong Kong thus far. Thank you for spoiling us Uncle D! 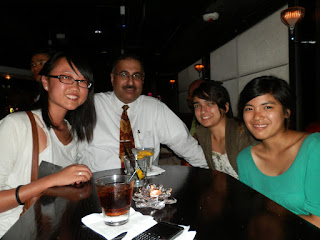 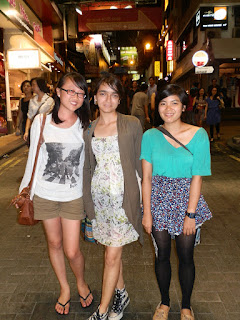 More things I learned about HK:
1) Generalization, but materialism has taken over HK. Saving face and designer goods plays a huge part of Hong Kong culture.
2)  Hong Kong people like to eat and shop. In the malls, there are no designated sitting areas. There are stores to shop in and then restaurants/cafes to sit and eat in. There's no space to do nothing.