Toda was the Yamaboko Junko (grand parade). Although this was the grand parade, it did not mark the end of Gion Matsuri, it was only just past its halfway point.  The parade started around 9am and ended about 2. We admired the floats from the sidelines as some lucky people (builders?) got to ride it while others (unlucky ones) had to haul the float all through the streets in the scorching summer heat. But there were frequent stops where water or beer was served from cutely dressed helpers.

We had Japanese curry for lunch. 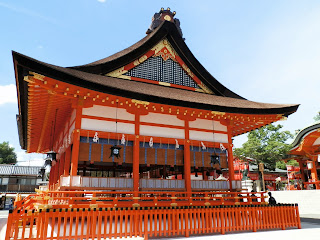 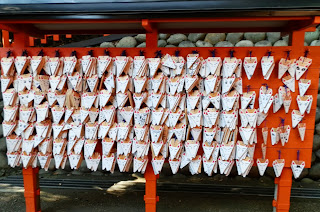 That beautiful shrine marks the end of our time in Kyoto. We headed to catch the bus for our next stop: Osaka! The Brooklyn-Bronx of Japan