We arrive in Hong Kong and can already tell that it's going to be so different from the mainland.  In the first hour of being there, I had a great impression already. Like, you could see the difference in the sky alone. 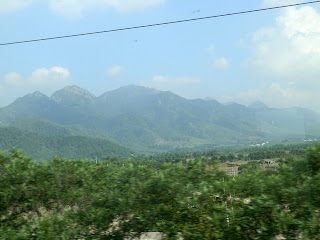 The people spoke Cantonese and English fairly well, the dress was really Western, and it just seemed so much nicer. Don't get me wrong, mainland was nice but Hong Kong is just something else. We checked into our tiny hostel in Kowloon, and thank goodness we're pretty tiny too cause I couldn't see how three grown men would be able to live in the room we were given.  Hong Kong is a small, but busy place, and I guess vertical development and small spaces are the answers to accommodating more people.
We went out to explore the Mong Kok district. It was a shopper's paradise. Dear divine force, help me. Also, the Mong Kok area is a popular filming location for triad movies. 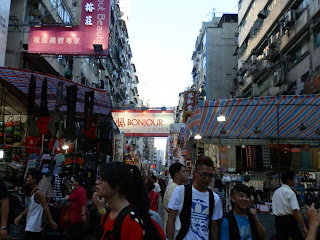 The common assumption about going to China and eating Chinese food would be chicken balls, spring rolls, and wonton soup all day, every day. The fact of the matter is that each region has their own specialty cuisine, and if you think you're gonna get chicken balls and wonton soup everywhere in China you are very wrong. For starters, chicken balls aren't even real Chinese food.  Wonton soup is a Hong Kong specialty and it's something that we really wanted to eat, especially after hearing Lil B's Wonton Soup rap.
Shrimp filled wonton soup = $25 HKD (~$3 CND)

Hong Kong is also known for its variety of street foods. I tried the curry fish balls and I will say that it tasted better than Canada's. 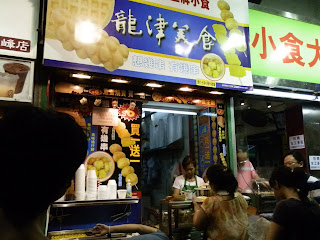 Within the first 10 hours of being here, I learnt 3 things:
1) Cantonese food is the best kind of Chinese food!
2) Hong Kong is full of moshisoyos
3) shopping is everywhere and it may be the death of my wallet and me.
Email ThisBlogThis!Share to TwitterShare to FacebookShare to Pinterest
#HASHTAG: #bucketlist, #engrish, #foodforannie, #itgetsbetter, #pricetag, #touristystuff